It is fascinating how the interactions of the planets reflect what is happening in our lives. This is definitely the case now with the role of Eris in supporting the empowerment of women, which coincides with my new series of workshops on Awakened Womanhood – Diving into the Deep Feminine. The Eris archetype is enriching our understanding of the empowered feminine force that is becoming more and more active in the world.

My workshop Saturday October 24 is titled appropriately Listen to Your Own Voice – Tell Yourself Your Truth.

It is time to introduce the new woman in the cosmic line up – Eris known as the Goddess of Chaos and Discord. Maybe it is more accurate to say that we are finally awake enough to notice her ubiquitous and disquieting presence. Or maybe the chaos in the world is so overwhelming that we are finally willing to look at what we have previously avoided in order to find possible answers to our untenable situation.

Classified as a dwarf planet, Eris orbits beyond Pluto, taking 560 years to circle the Sun. The most massive dwarf planet in the solar system, her mass exceeds Pluto’s by 28%.

We didn’t even know Eris existed before her discovery in 2005. When a planetary body is discovered, its energy begins to be reflected and be available in our consciousness. In the last part of 2020 Eris is commanding our attention.

Eris has an extremely elliptical orbit, spending most of her time in Aries and the least time in Libra. Eris is in Aries for 121 years from 1923 through 2044. Everyone born after 1922 has Eris in Aries.

For Eris to traverse Aries in the last century, when the world was basically at war with itself, and to pop up in this century, when we are trying to figure out what went, wrong makes sense. In the twenty first century, she plays her part as the voice of the honest feminine, against the imbalance, inequity, and manipulation of the patriarchy.

Mars retrograde in Aries coincided with the bombing of Pearl Harbor in1941 and with the collapse of the USSR in 1988. During those times Mars was direct and there were no squares to Pluto, Jupiter, and Saturn in Capricorn, which dominate the cosmic landscape during all of 2020.

(Prior to 1941 Eris was not yet in Aries when Mars retrograded in Aries.)

Mars and Eris are conjunct every time Mars moves through its own sign, Aries, but 2020 brings THREE conjunctions due to Mars’ rare Aries Retrograde. In other words, these three 2020 conjunctions are both rare and significant. The exact dates are

December 22 at 23˚ (when Eris is retrograde and Mars is direct.

Working together for the last half of 2020, the Eris/Mars conjunctions are not just events, their rendezvous are a reckoning that inaugurates a new era!

Squares to Pluto, Jupiter, and Saturn in Capricorn = Intensity and Chaos

In addition to the 3 Mars/Eris conjunctions at 24˚ to 23˚ Aries, all three form squares with Pluto in Capricorn. Also involved are squares to Jupiter, Saturn and Pallas Athena in Capricorn.

Eris squares Pluto FIVE times between Jan 2020 and Oct 2021, which basically sets the world up for an on-going confrontation, transformation, and awakening through 2021!

Everyone is affected because everyone under 98 years of age has Eris in Aries.  Anyone with planets in Aries will have Eris conjunctions.

Those who have planets or house cusps around 23˚ of Cardinal Signs (Aries, Cancer, Libra and Capricorn) or Fire Signs (Aries, Leo and Sagittarius) will feel the effects the most.

Squares demand choice, decisions, and change. Planets involved in squares meet at a crossroads. The direction we turn determines the course of the rest of our lives!

A great thing about squares is that they motivate us and give us the energy to take action. 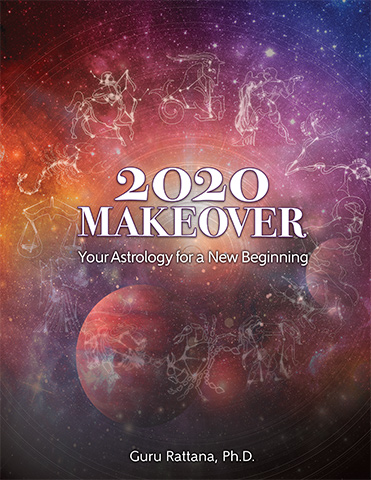 All the squares during the final months of 2020 indicate immense chaos, anger, and aggression. Things have already heated up as we can see by record temperatures and fires that have burned over 4 million acres in California. We are experiencing extremes of weather and extremes of discord and strife in our institutions and our world.

2020 Is Full of Cardinal Squares

2020 is inundated with squares between planets in the cardinal signs (Aries, Cancer, Libra, and Capricorn.) Aries and Capricorn are the major zodiac players. With all this ‘go for it’ cardinal energy, our best option is to get things going when we can and are inspired to do so.

The cardinal signs are the leaders and the pioneers. The problem is that they don’t (and can’t) always know what they are doing. They seed new ideas and then see what happens. Especially in the 2020 chaos, confusion, and restructuring of our lives and the world, we must accept that we don’t know exactly how our plans are going to turn out. But we are impelled to move forward.

In short, an intense line up of cosmic activity continues to stir things up, and we are feeling it here on Planet Earth! Some will react with fear, annoyance, or conspiracy theories. Some will lead the way to a new world.

Mars and Eris are a daunting pair. Mars, the God of war, represents our will, drive, energy, life force, passion, and our warrior spirit.  Eris represents discord, chaos, revelations, rage of the outsider, and the challenge to injustice, inequity, and elitism.

Both Mars and Eris are warriors, with Mars more inclined to direct aggression. But Eris is full in the game with her direct and truthful words and calculated action.

The combined warrior energy of the brother and sister collaborate to (1) burn down what isn’t working, (2) transform what needs serious reform, and (3) restructure our lives from the bottom up. The extent of the chaos and ripping down of facades is something we have never experienced before, both personally and collectively. So don’t put unrealistic pressure or expectations on yourself (or others).

Stay conscious and present as possible to what is happening in and around you. Operate from the knowing that you are being supported and guided to do what you came here to do. Destiny calls!

Chaos is challenging, but it is not all bad! There is a tremendous opportunity to (1) start innovative and independent projects, (2) transform our relationship to authority, and (3) step into a deeper more honest relationship with ourselves and our life. To do so, we have have to see through the illusions of limiting beliefs and be more fearless and honest. Mars and Eris are our teachers!

Eris is the bold, brave, and independent feminine, who has no fear. Orbiting beyond Pluto, she has pasted through Pluto’s underworld of death, and emerged honest and fearless.

One reason why we didn’t notice her before is that she is very far away and thus hidden deep within us. Another reason could be that the cries of this Goddess of Chaos and Discord have been muffled, ignored, discounted, and dominated for centuries and millennia by patriarchal structures and power plays.

The Eris archetype is now seriously activated. She will no longer be silenced, suppressed, abused, or invisible. She is waking up to the truth and will use her voice to tell it. Below are some of her salient features.

Eris is straight and to the point. Eris speaks out when something needs to be said, especially about issues of equity and survival. When something is not ok, she tells the truth and is determined to do something about it. Eris is angry, but she doesn’t let her anger fester inside. She persistently raises a stink until her message gets noticed.

Eris brings up topics and raises issues that many won’t talk about, try to ignore, and even believe don’t exist. What Eris seeks deep, not superficial discussions, that recognize the need for structural solutions. She knows that if we stay attached to solutions defined by the systems in control of power and resources, any change will be only cosmetic.

The Eris archetype can be misinterpreted as the disruptive and fickle female, but her poignant behavior is a justified reaction to the abuse of power and established authority. Her intention is not to incite violence, but to raise issues that have been sidelined. She does not bow down to any authority but her own heart. She respects, loves, and has compassion for all of humanity.

Eris does not like to be left out or ostracized for being different, authentic, and honest. She can be (or appear to be) revengeful and confrontational, but this is the interpretation of the threatened status quo, when she fights against inequality, injustice, and unfairness.

(5) We Are Not Helpless Victims

We may all feel sidelined by the decisions of the ruling elites and excluded by the privileged one percent who claim superiority because they have money and ownership of resources! In fact we are. But Eris tells us that we are not helpless victims and can participate in changing the course of history. Eris has the guts to make radical moves, the courage to to cut ties with the past, and the heart to claim the future for everyone.

The Eris archetype cautions us to be mindful that our actions have consequences. The good news is that no action is too small! Especially now with internet communication, our words can reverberate further and faster than we can imagine. Eris reminds us that we can all be agents of change.

Eris and Mars align to support us in playing our part so that together our combined efforts can ripple through the world creating consequences that are not yet quite evident, but definitely make a difference in transforming the world we live in.

It is enlightening to review the Eris persona in Greek mythology. Eris was the only goddess not invited to a wedding banquet hosted by Zeus. (Of course all the gods were invited.) Zeus’ excuse was that he was trying to avoid the possibility of a disruption and potentially unpleasant situation.

However, present or not, the Goddess of Discord is not one to silently sit back and take being left out. Deeply offended at not being invited, she throws a golden apple into the midst of the goddesses at the party that is engraved “to the fairest”.

This created a competition between three goddesses who laid claim to the apple.  Aphrodite, Hera and Athena, who were the wife, lover, and daughter of Zeus. Not wanting to enter the fray, Zeus appointed Paris, the prince of Troy, to judge. The three goddesses appeared before the young prince, each secretly offering him gifts and bribes for being chosen as the winner.

Of course he was bought off! He chose Aphrodite because she promised him, the most beautiful woman in the world, Helen. Helen was, however, the wife of the Spartan King Menelaus. Helen became known as the woman whose beauty would cast a thousand ships. The ensuing repercussions set in motion a series of events with serious unanticipated consequences.

One lesson from the story is that small actions have big consequences, as Eris’s actions, inadvertently led to the Trojan War. All because she was left out and wasn’t invited to the party. During the Trojan War (1260-1180 BCE), Eris was first in Pisces but mostly in Aries.

Create Our Own Party

The most important message of the story is that we as women must claim our right to join the party. We don’t wait to be invited! We invite ourselves!

AND when we realize that we don’t want to be part of someone else’s party, we create our own party!

CLICK HERE to join Guru Rattana at her next Awakened Womanhood On-line Party!