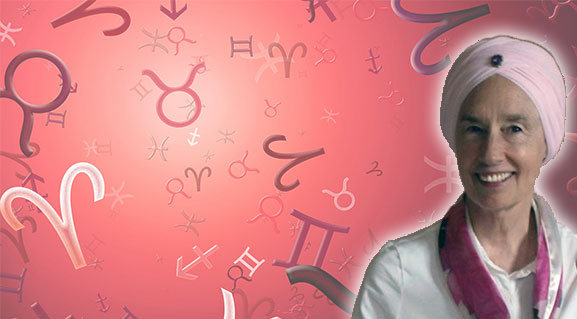 Aquarius encourages us (1) to be innovative, (2) to experiment with novel ideas, and (3) to dare to be our unique selves. While the Sun shines in Aquarius, we can examine any resistance to the above and pursue our path to internal freedom.

January 19 – The Sun Jumps into Aquarius

When the Sun moves into Aquarius, all the planets are still direct. (see the previous Guru Rattana Blog on All Planets Direct.) We have 3 more weeks (until February 8) to enjoy working with the unimpeded cosmic flow. While the Sun shines in Aquarius, we can enjoy key Aquarian/Uranian themes including unpredictability, experimentation, risk-taking, and working together with others who share the same vision and goals.

The Aquarian New Moon instructs us to take charge of your own life. The Chinese New Year happens every year at the Aquarian New Moon. We leave the Year of the Monkey and are now instructed by the Fire Rooster to roost on our own roost and be our own boss.

To feel comfortable being an independent free agent of ‘my life,’ we have to know and trust ourselves. Those with a strong Aquarian influence, often feel that others don’t understand them. But do we know, honor, and trust ourselves and our special task? Aquarians also often feel that ‘to fit in’ they must temper their desire to be outrageous and to live over the edge. The goal of the Aquarian archetype is not to attract attention by being inappropriately disruptive, but to dare to come up with transformative solutions for humankind. When we confront the status quo in a meaningful way, we can be heroic pioneers who bring groundbreaking innovation and hope for the future.

Eclipses create energetic openings that facilitate and demand radical change. This Leo Full Moon fits Leo’s dramatic style. The alignment of the Earth, Moon, and Sun creates a Lunar eclipse as the Earth casts its shadow over the Moon. Emotional energy is intense and ego’s can get out of control. How we participate in this wild circus ride is up to us. Be prepared to be tested.

Aquarius’s polarity Leo awakens us to our creativity and helps us shine our heart light. At the Leo Full Moon, the Sun in Aquarius uses the group mind to weave an eclectic mix of personalities into an unstoppable team to work for our common good. The collective spirit helps capitalize on our diversity and use our different skills to support each other and accomplish our shared goals.

Self-confident and playful, Leo specializes in creative self-expression. If we feel challenged in the arenas of self-confidence, playfulness, and creativity, we need to look at where we compromise in order to fit in and be accepted by friends, family, associates, and the collective. At the Leo Full Moon we need to fully and fearlessly engage as responsible co-creators with life. Acknowledging our accomplishments and developing our special talents helps us break barriers in the area of self-growth.

The outer planets (Uranus, Neptune, and Pluto), their interactions, and their current zodiac sign define the collective tone, experiences, and lessons. In the past couple of years the Pluto-Uranus square has played the role of Wikileaks Universal, digging up (Pluto) and revealing (Uranus) what the status quo wishes to ignore and suppress.

Pluto in Capricorn (January 28, 2008 – January 20, 2024) is committed to exposing corruption and dysfunction in social, economic, and political institutions. But exposure is just the beginning. The Pluto process penetrates to the systemic core and makes us realize that the system cannot and will not change itself, e. g. the wealthy are not going to voluntarily create institutions that promote equitable distribution of wealth. The Pluto influence breaks the system down, after which we must re-invent something fundamentally new (the Aquarian task). This is why when Pluto is involved, identifying the problem does not lead to a quick fix.

Rebellious Uranus in Aries (May 28, 2010 – May 15, 2018) has been inciting angry populations to protest the status quo and fight for their rights. The disillusioned, who feel left out, abused, and snubbed, are making themselves heard. The massive protest vote at the U.S. presidential election from this group blindsided almost everyone.

Many uncomfortable truths are bubbling to the top of the global caldron. Have you noticed any of the following?

(2) Objective evaluation and listening don’t even compute in many ‘policy conversations.’

(3) Greed and childish contests to be right and in control direct the minds of those in power.

(4) Problem solving and service are not part of the discussion.

(5) Defensiveness, fanaticism, demagoguery, brazen criticism, and out of control emotions are defining components of public and private conversations.

Jupiter in Libra, (September 9, 2016 – October 9, 2017) may bring our attention to how neutral objectivity, calmness, caring, and civility need to be reinserted in our personal and collective dialogues. Even if those in control and the general population don’t choose to operate from the diplomatic Libra mindset, Jupiter in Libra gives us a chance to notice our behavior.

The Jupiter and Uranus conjunction in Aries in 2010 started a new cycle. These two planets, now midway through their interactive dance, are opposing each other, which brings their joint program to the fore. They reach exact opposition (same degree) 3 times.

Jupiter and Uranus play out their themes through October 10, when Jupiter moves into Scorpio.

Jupiter in Libra seeks fairness, equal opportunity for all, and promotes humanitarian values. Uranus challenges rigid ideologies and awakens sleeping minds. Jupiter and Uranus are both concerned with reform and social change. How the need, desire, and push for reform plays out in the future falls into the unpredictable category. Not only because of the Uranus influence, but also because how anything plays out depends upon our consciousness. (discussed below)

Jupiter in Libra also brings cool reason and intellectual detachment to the table. These attitudes along with serious critical evaluation are seriously needed, but have obviously been sorely missing.

Oppositions create a polarization of energies, which can either (1) incite conflict or (2) optimally, synergize to use the two forces to do what they cannot do alone. We can experience everything from (1) explosive, irrational disturbances and reactionary rebellion to (2) humanistic, future-oriented thinking and dedicated collaboration for systemic change. The level of caring and consciousness of the players are the determining factors.

In general, those who could do something and those who could at least be disturbed have become desensitized to global injustice and inequities. Jupiter in Libra re-sensitizes us to the chasm between the struggling masses and the over-privileged. Working together, Jupiter and Uranus make it known that the differences between the elites and the rest of the population are unacceptable and unworkable. The facts can no longer be ignored or suppressed. There is a sense of urgency to act to correct the disruptive imbalances. The core issues have been identified and acknowledged. Now they must be dealt with.

Consciousness Is the Determining Factor

To take advantage of Aquarian energy and opportunities, it is important to understand this archetype’s position in sequence of the zodiac. Aquarius is the eleventh of twelve signs. Thus Aquarius is very near the end of our soul’s journey to Planet Earth. As such, Aquarius represents maturity and adulthood, both of which are needed to realize Aquarian revolutionary and futuristic goals.

Both Aquarius and Capricorn (the tenth sign) are ruled by Saturn, which defines the limits and rules of physical reality. Capricorn’s Saturn task is about achieving self-mastery and personal maturity. Aquarius’s Saturn task is to apply what we have learned to serve humanity.

When we have found our Self (Capricorn), we can serve selflessly (Aquarius) and not be self-serving. We are guided by our expansive Soul, not our limited ego. Our identity evolves out of our childish ‘me, me, I see only me’ perspective. We relate to ourselves as an individualized soul with unique gifts that we offer to benefit the common good of the community, of which we are an integral part. We realize both our independence and our interdependence. We can be innovative, supportive, and supported in an inclusive community environment.

This all sounds good, but this ideal scenario doesn’t play out without the emotional maturity and mental adulthood of both the leaders and community members. Aquarius is about freedom. A pivotal Aquarian lesson is to realize that freedom comes from maturity. That fits with Aquarius being the eleventh zodiac sign. Immature acts of rebellion are games children play to get attention and feel special. Internal freedom from shame, blame, fear, and anger make it possible to collaborate for the benefit of all, instead of competing in perceived win-lose games. If we are competing, and not working together to achieve common goals, we haven’t grasped the essence of the Aquarian archetype, or reached adult maturity yet.

Aquarius was traditionally ruled by Saturn. After the discovery of Uranus, this surprise planet was assigned to Aquarius. Surprises can be upsetting shocks or delightful miracles. What we must realize is that everything happens through our alignment with universal energies. The more awake and accepting we are, the more we realize the perfection of synchronicity. The more asleep and resistant we are to change, the more we perceive events as random occurrences (bad luck) and feel like a victim. At some point in our developmental process, we wake up enough to want to adjust our alignment to a more favorable level. (That is why we practice Kundalini Yoga. The topic of the next Guru Rattana Kundalini Yoga Blog will be on Aquarian Consciousness.)

Aquarius is the third and last air/mental sign. Gemini (the first air sign) learns to recognize, deal with, and enjoy duality. Libra (the second air sign) must find and learn to operate with the neutral mind to transcend duality. Aquarius takes the next critical step and learns to operate from consciousness, not thinking. From intuition, not mental calculation.

(With consciousness) You can see the hand of God working only through intuition, then you do not fear. Intuition is knowledge you see behind the Creator’s hand. Otherwise you only see time and space working, and that is very annoying. That is the difference between a man with intuition and without intuition. — Yogi Bhajan

I don’t believe in miracles. I live by them. — Yogi Bhajan (Aquarius rising/ascendent)

* The next Kundalini Yoga Blog will be on how to Shift from Thinking to Consciousness.