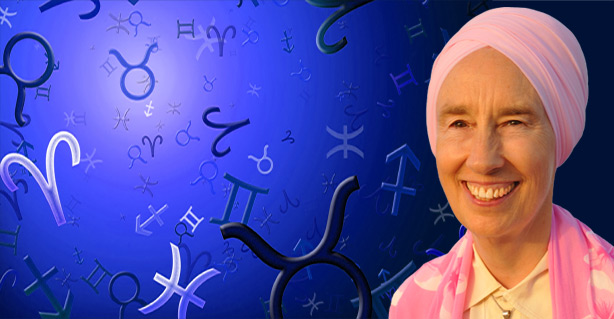 Three eclipses in a row are rocking our boats. The first was the Cancer New Moon Solar Eclipse July 12. Now Aquarius and Leo add their dramatic and heart-opening energies to the mix.

It is important to understand that the energies of the eclipses activate well before their exact occurrence. They aren’t simply ‘events’. They are processes that create change. Before they happen, we may feel intense energy and can experience events that bring up deep emotions. Sometimes we don’t know what is happening or why. But stay tuned and don’t underestimate the importance or powerful impact of these cosmic messages.

Leo demands center stage. Natural performer, charismatic persona, leader of the pack, desirous of attention, the regal lion is born with its own halo of hair. The majestic lion sees the world through its heart, which is both its focal point and its anchor.

For our inner Leo who likes and creates drama, the next two eclipses shake up our realities. The best advice from the master Lion is to stay firmly focused on, connected to, and listen to your heart.

Mercury turns retrograde at 23 degrees Leo and goes direct at 12 degrees Leo. Mercury will be in Leo through September 4. Mercury retrograde is the time when the head (opinions, judgments, strategies) can bow to the heart. Don’t try to logically figure things out. Let your intuition guide you. Let compassion and caring be your gurus. Start with being kind to yourself and let your self-compassion spill over into your relationships.

A lunar eclipse happens approximately every six months on a full moon. The Earth’s shadow intervenes between the Sun and the Moon blocking the bright light of the full moon. Instead of being the brightest night of the month, for a brief time there is darkness. Hidden feelings, secrets, and fears rise up and demand our attention. We see what we could not, or dared not, see before.

Eclipses typically catalyze action. Changes that have been brewing in the background are now ready to happen. We recognize and accept completions and no longer hesitate to welcome new beginnings and adventures into our lives.

This total lunar eclipse in Aquarius is further electrified by one degree alignment (conjunction) with Mars retrograde and the South Node (both in Aquarius). We are being strongly urged (may appear as being forced) to complete unfinished business and to break free from old patterns that sustain unworkable situations. People from our past and even past lifetimes may appear so that we can find resolution, forgiveness, and freedom.

The current retrograde activity of the personal planets Mercury, Mars, and Saturn and asteroid Chiron, and the impersonal planets Neptune and Pluto (and soon Uranus) bring up the past, with the intention of healing and completion. We may feel frustrated by the backward movement and how it brings up old patterns and stories we thought we have already dealt with. But there is a deeper level of transformation happening, which makes it possible to awaken to higher levels of consciousness.

Awakening requires recognizing and releasing calcified beliefs and ways of being that block our ability to feel free and to creatively manifest. Being willing to release old habits of victimization and emotional neediness facilitates moving out of situations and relationships that do not serve us. Mars demands – Let go!

Aquarius is about our relationship with groups, the collective, and collective consciousness. Challenging situations for Aquarius revolve around how we fit in and belong. Feelings that arise are related to fears of being alienated, rejected, unworthy, unappreciated, and unable to offer our gifts. The Aquarian eclipse invites us to release these stories, limiting perceptions, and to redefine how we relate to ourselves so that we can cease perpetuating phony and painful ways of viewing ourselves in the world.

Freedom blooms first from within. When we are honest with ourselves, accept and honor our unique individuality, and are willing to value and offer our contribution, our outer world can reflect our elevated inner reality.

The Sun and North Node aligned in Leo affirm our special existence. Our creative power is activated by listening to and following our heart and having fun participating in life. One of the great things about Leo is that the Lion is able to create its own party.

At the Aquarian full moon, both the Moon and Mars are eclipsed. The eclipse of Mars retrograde (June 25 – August 29) in Aquarius is a rare event. The messages being broadcast from the cosmos to Earth include to

(1) go inside, listen your heart tell you what you really want to do with your energy and your life, (2) get clear about what you do not want and how you do not want to use (waste) your life force, (3) examine and define what you want to contribute to the collective,

(4) honor and speak up from your self-confirmed unique essence, and

(5) claim your freedom to be who you are and to do what only you can do.

(1) how we feel that we have misused our energy,

(2) how we have not been as productive as we wished, and

(3) how we have not been recognized, appreciated, or understood.

When fiery Mars and anger are involved, our best strategy is to use this fire energy to take action for ourselves. We can witness immediate transformation in our mood when we do something positive to support ourselves.

Mars and Aquarius represent masculine energy. Like all energies, each has their beneficial and unproductive expressions.

Because of its retrograde activity, Mars’ orbit is extended or ‘out of bounds‘ between July 7 and September 24. One effect is to bring our attention to how masculine energy expresses itself. We are being made aware of the masculine expressions that are not in alignment with the higher good of self and the global collective. Shadow masculine energy erupts as violence, war, abuse, domination, manipulation, and control, which are sustained by systemic conventions and rules.

(1) consciousness and the stability and non-judgmental perspective of the neutral mind, and

(2) our ability to operate from this consciousness for the higher good of all. It also represents

(3) the fearless ability to stand for the truth,

(4) the illuminated mind that has access to universal wisdom, and

(5) the ability through who we are to invoke trust and respect.

At the Aquarius eclipse full moon, revolutionary Uranus squares
the Sun, Moon, Mars, and North and South Nodes. Square energy demands choice and action. There is a fork in the road. Which way are you going to go?

The Uranus square creates an electric mood, amplifying the impact and significance of the revelations, events, sudden changes, strange behavior, radical breakthroughs AND your choices that will determine your path in the future.

If you feel like you are spinning in a sea of confused chaos, you are not alone. This unpredictable storm can not only rock our boat, it can sink it if we are unable and unwilling to change course. We don’t have to drown if we are ready to give up swimming is stagnant waters, i.e. old situations, emotions, thoughts, and patterns that can pull us under. We can stay on the surface and move on if we listen to our hearts, honor ourselves, and take advantage of opportunistic currents.

Uranus in Taurus also trines Saturn in Capricorn. We are being supported by earth energies to manifest in very tangible and productive ways.

Uranus goes retrograde at 3 degrees Taurus. It will stay in apparent backward motion through January 6, 2019. Uranus retrograde can precipitate inner volcanoes and storms that lead to awakenings in consciousness. Uranus will retrograde back through Aries November 7 and re-enter Taurus March 6, 2019 where it will stay through July 6, 2025.

At the solar eclipse, the Sun’s bright light is eclipsed by the Moon, altering the nature of the transmission of its light. With the solar fire dimmed, we might initially believe that we are being subjected to an internal power outage. For sure we are being forced out of our routine. But this can be a good thing.

What may seem to be an absence of dramatic fire power can actually be a force that directs us inward instead of outward. Instead of looking for attention, activity, and drama outside ourselves, we can find it easier to turn inside where we can listen to our heart for guidance, direction, and answers. We can give our inner child attention, connect with feelings and desires that have been ignored or muffled, and honor emotions by giving them space to be expressed instead repressed.

The Leo New Moon Solar Eclipse is conjunct both Mercury retrograde and the asteroid Pallas Athena. All three in Leo square Jupiter in Scorpio. Mercury retrograde offers us the space to listen within instead of being so talkative.

Pallas Athena is a warrior goddess. Directed by her feminine wisdom, she searches for peaceful resolution of conflict. Her expansive and inclusive perspective is able to transcend bellicose intensity and narrow-minded conflict. Athena walks on a double-edged sword. Her strength can vanquish the weak male ego, but to destroy and then be alone is not her goal. Destruction would risk abandonment. She must astutely share her divine wisdom to elevate the masculine to operate and act from its divine wisdom as well.

Be Ready for a Reality Shift

A solar eclipse shifts our reality. We wake up and find ourselves in our hearts.

In this time of intense change, one of our biggest assets is our ability to trust the unknown, ourselves, and our relationship with cosmic forces. Trust involves being willing to let go of attachment to the past and our ideas about the future.

We are not being asked to like what we don’t like, but we can free ourselves of negativity and resistance if we accept and work with what is. Every situation can be a doorway to love, divine connection, and a fuller more richer life.